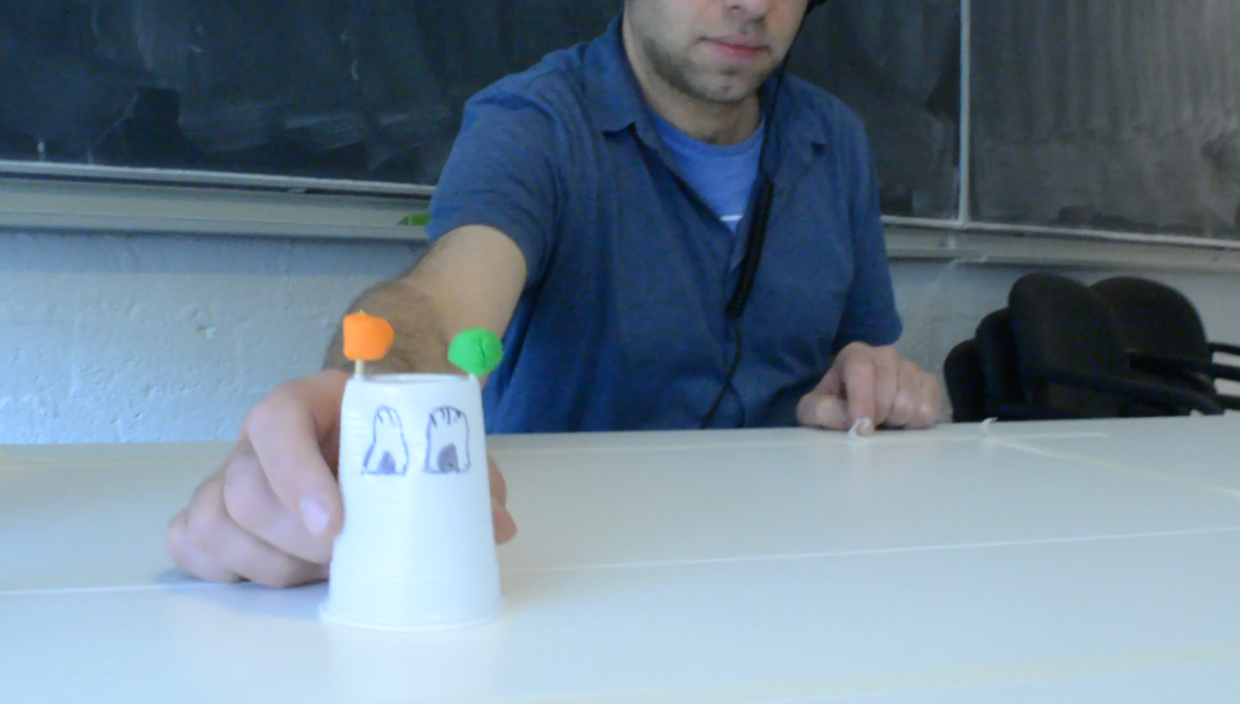 The Jungle of Sounds is inspired by a small online game: Find the Invisible Cow [1]. In this game the player needs to find the location of a cow on his/ her computer screen. This is done by moving the cursor over the playfield and is indicated by an increasing volume and decreasing interval of an audio file of the sound “moo”. Just like this game, Pieter Rohrbach and myself set out to create a 2 dimensional playing field in which a digital jungle is sonified (To map data to sound in order to allow listeners to interpret it in an auditory manner). Inside this jungle a beacon is placed. It is the player’s goal to walk through the auditory jungle and localize this beacon. We decided upon using a pair of wireless headphone so the player could walk around the playing field freely.

We found WAV files online of a lion, monkey, owl, flies, a waterfall, the wind and different species of birds. Furthermore we designed the sound of a beetle’s wings in Pure Data. We both integrated the beacon and added reverb to the whole set to create a feeling of space. All animals in the jungle are set to a fixed position on the map, the distance between the player and this position is used as scale for the volume of the animal at every possible player-position.

A motion tracking method was created in Processing. This is done by two different, distinctive colours and a webcam that is able to track these colours. We then made sure the position of the left ear, right ear and center point of the head are transmitted to Pure Data.

Motion tracking worked quite well, however we figured it was not possible to attach the webcam in a position where we would cover enough space for the player to really walk through (we couldn’t attach it high enough and the resolution would not be sufficient). Because for this to work, the webcam needs to cover a two dimensional field from precisely above, so every value received would translate into a position on the imaginary/ digital audio map. To fix this we mocked up our idea and created a dummy with two coloured ears that could be tracked over a surface of a meter by a meter and would represent the player himself. This way we could attach the webcam above a white table and track the dummy that represents the player.

As an improvement the player would have a real advantage if he/ she would get a real 2D sound: hearing whether the source of an animal (or the beacon) is in front, behind or closer to a specific ear. To do this we added a delay to the sounds based on the difference in distance between the right ear and the animal source and the left ear. If the player then turns around (or his dummy) he would hear the world turn with him, thus creating the experience of two dimensions.