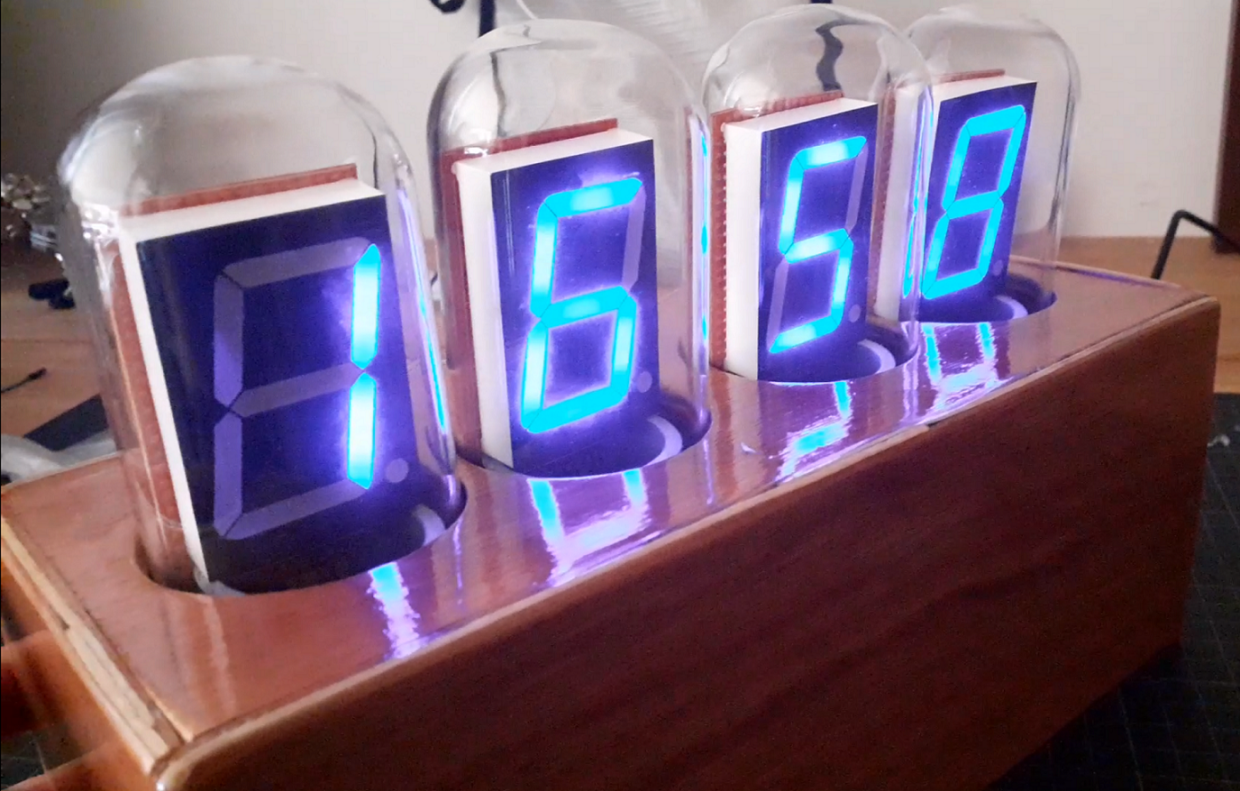 With “Retro” and “Industrial” being the trend when it comes to interior design for quite some time already I loved the looks of the Karlsson Cathode Clock. I first saw this clock in 2017 in a small design shop in Rotterdam here in the Netherlands. Influenced by Nixie tubes its simplicity and design stuck with me for a while and kept floating in-and-out of my mind for a couple of years. In theory the inner workings of such a clock aren’t rocket science and I should be able to design one for myself.

Eventually I took my own design inside the woodworking-workshop, glued some pinewood together and hand soldered the PCB into the first version of my very own LED Cathode Clock which I gifted to my good friend.

Even though my modelling skills suck, I’ve used https://app.sketchup.com/ to create a 3D drawing in order to get a feeling for the dimensions of the clock and what distances (e.g. between the glass domes) are visually the most appealing. I added the drawings to this post, you can find them at the bottom. 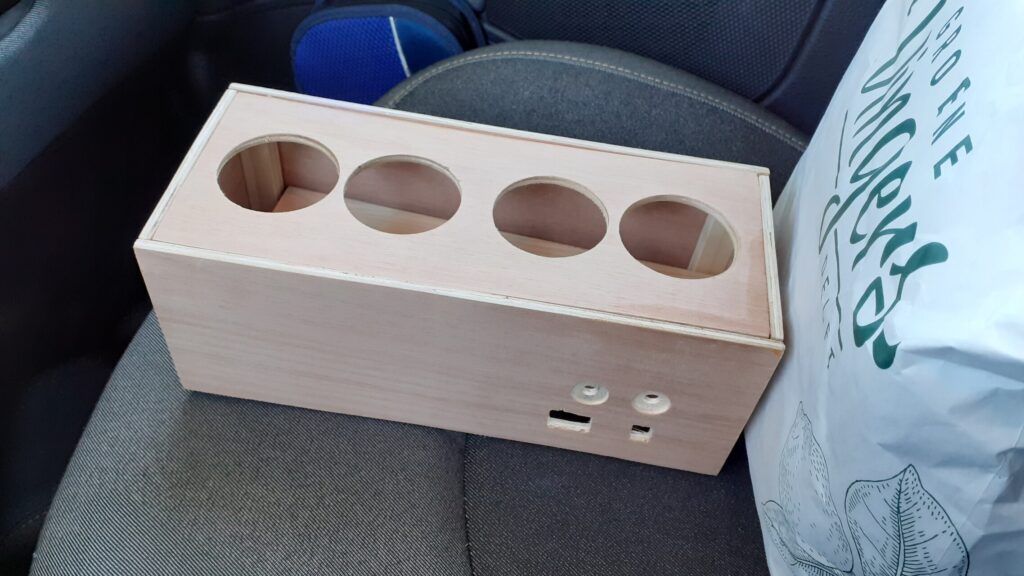 I am still in the process of refining the design, certainly when it comes to the Arduino code (which I used as the brain for this clock). But in case you would like to try it out for yourselves, here is what you need:

For the casing you’ll need to follow these steps: 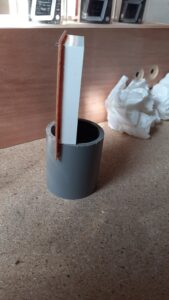 In order to make the clock tick solder the following electronic parts (I don’t have a scheme available, will follow up) 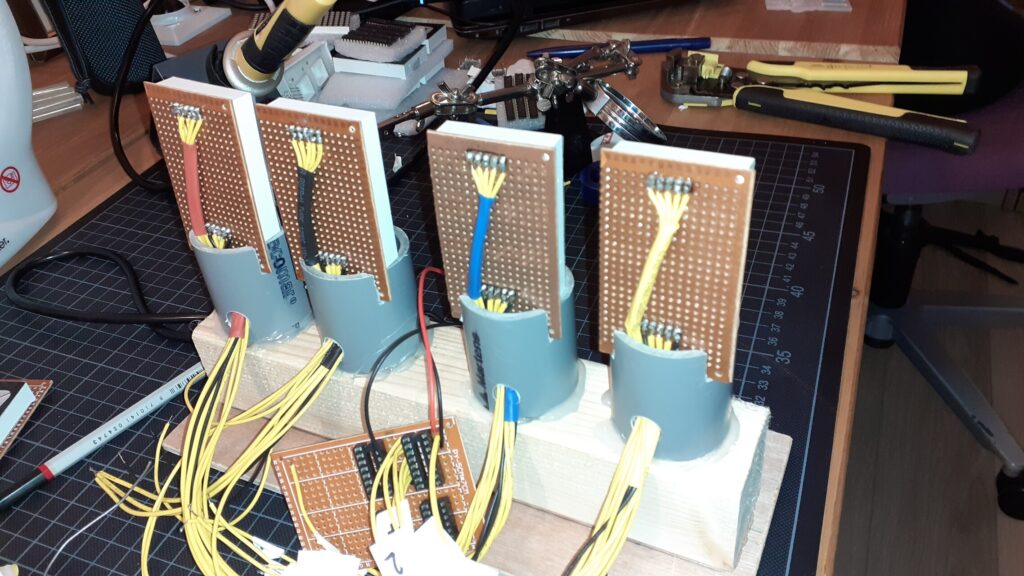 For the code, check out my Github. It needs a lot of work still. Right now the clock has the tendency to get ahead of time if it runs for longer periods.

The Retentionarium: keep genes in the genepool