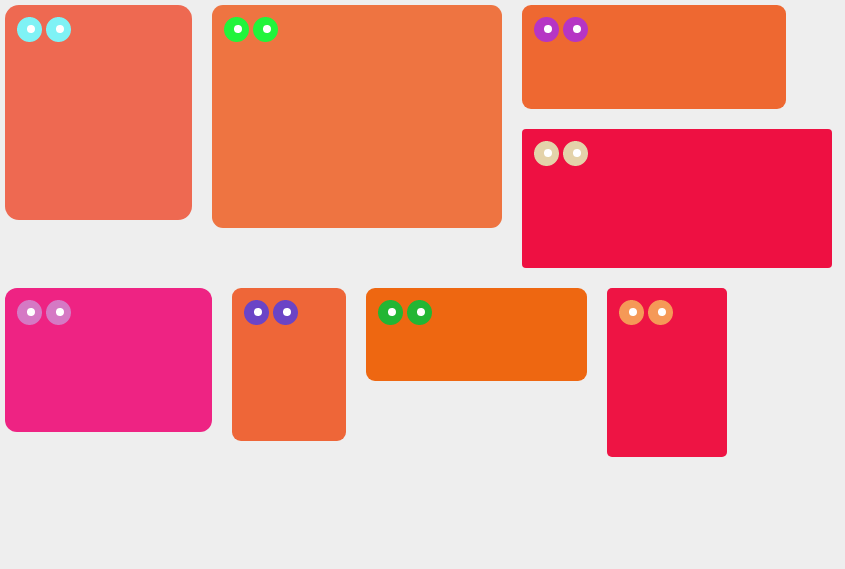 The Retentionarium: keep genes in the genepool

The Retentionarium was originally conceived as a project for the Science Narration and Visualization at Leiden University. It is meant to convey the concept of the inheritance of genes from one generation to another (as part of Charles Darwin’s theory of evolution) and is inspired by Richard Dawkins computer experiment as described in chapter 2 of his book “The Blind Watchmaker”.

The world of the Retentionarium is inhabited by a population of simple and abstract representations of animals in the real world. In this case every genotype in the code directly translates to a phenotype on the screen. This is with the exception of the eyes which are expressed by three genotypes. I have built two processes, just like Dawkins did for his simulation, that he calls DEVELOPMENT and MUTATION. At first instance the population is randomly generated and displayed. The user is able to select two individuals to breed once he/she presses the “Reproduce”-button. Hereafter the Retentionarium is filled with offspring of the two chosen individuals. Within this population mutation has occurred. If you refresh the page the gene-pool will stay the same (the genes of the parents are saved), however the recombination and mutation are newly applied. This means, for every refresh the offspring will be slightly different, mutated. One could go on and on to selectively breed a certain population with a characteristic aesthetic appearance (breeding). However one could also use mutation to keep the population from getting too monotone.

The simulation has been created using HTML/CSS in combination with Javascript/ jQuery. Whenever you click the “Reproduce”-button Javascript will save a cookie on your PC with the genotypes of the parents (selected individuals) for further creation of the offspring. For recombining the parent’s genes: first the lowest value of the two is determined; after this a random number between 0 or the differences between the two genes is added to this. This way the genes of one of the offspring are equally possible to end up similar to the mommy, daddy or anywhere in-between. This gene can be overwritten by the mutation process. There is a 1 in 12 chance of mutation and this mutation can occur on any of the genes. The genes are then used to create offspring and repopulate the Retentionarium.